This database is hosted on servers provided by the University of Exeter IT Infrastructure Team, and managed by Digital Humanities at Exeter.

Text display is based upon TEI Stylesheets developed by Sebastian Rahtz and the TEI community.

Texts were managed through a Subversion repository which transcribers and editors committed to and which provides full version control, ensuring the editorial process is robust, secure and transparent.

The map was created by Richard Holding from data prepared by Dr. Ayesha Mukherjee and members of the Digital Humanities team. 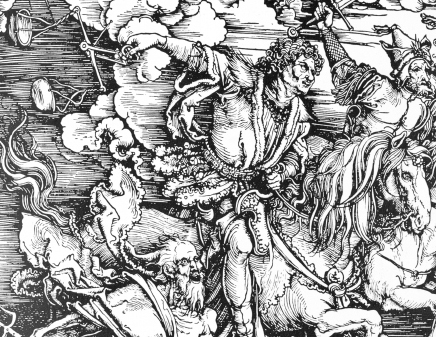 Image: Detail of 'The four horsemen of the Apocalypse' engraving by Albrecht Dürer, 1498, focusing on the figures of Death and Famine.